The Irish Language in Rathlin Island 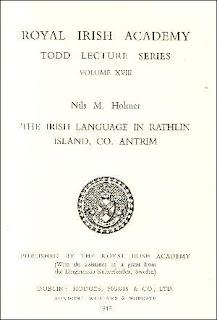 Nils Holmer's 'The Irish Language in Rathlin Island' is available in full HERE.

This is the most authoritative and complete account of the language in Rathlin.

The title, declaring the Gaelic of Rathlin to be Irish is a statement in itself.

Holmer identified Rathlin Gaelic with mainland Irish dialects more than the closest Scottish ones but the title is most likely to be influenced by the fact as he states that the people of Rathlin considered themselves nothing but Irish, save from the realization that they were always in a close relationship with Scotland, and indeed, that many of the Island people are of Scottish descent.

It is a great pity that this book is not in print, perhaps if the publishers received an email or two this could be rectified? 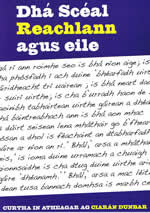 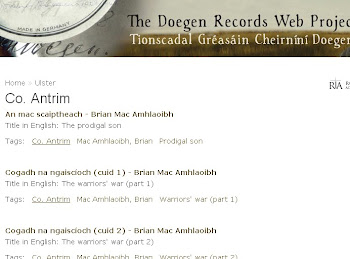 Read wholly in Irish or English